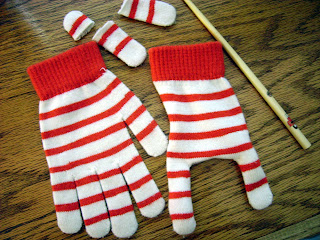 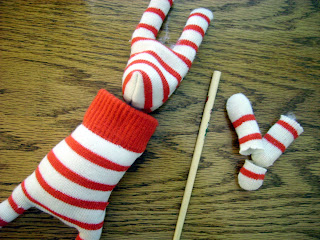 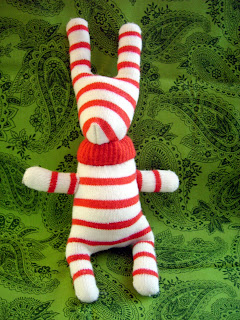 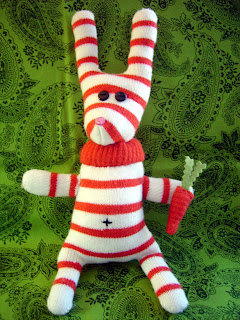 The elves aren't the only ones busy making toys. I spent some time making a glove bunny from this tutorial featured on the Martha Stewart show. These adorable toys are the creation of by Miyako Kanamori, author of Sock and Glove.

I snagged several pairs of gloves on the clearance rack at Target. It was so cold last year, the kids wore a couple of pairs of them, but I did find two pairs that escaped teenager grasp. It's not easy to find gloves in Florida. I still have an orange pair leftover, so a dog might be next.

If you're looking for some neato patterns for softies, this link has several options. I plan on using the bunny for The Toy Society's World Wide Christmas Drop. 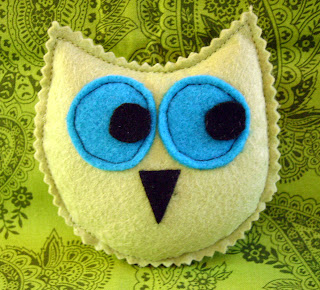 The felt owl was an experiment. He's only four inches. Maybe a pincushion? My daughter has a thing for owls, so maybe I'll use him as a stocking stuffer. She'll probably like him better than the neti pot I got her. I know, I know, mother of the year. I'm hoping it will help with her allergies. It should provide entertainment at the very least.

Email ThisBlogThis!Share to TwitterShare to FacebookShare to Pinterest
Labels: Pay It Forward