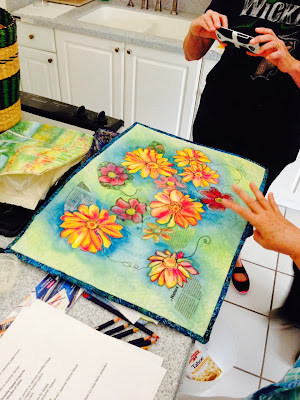 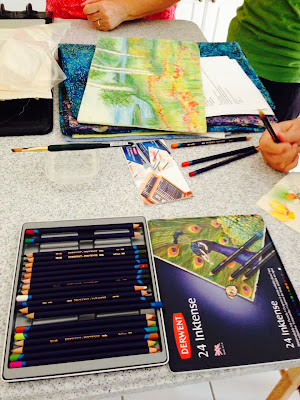 Hard to believe it's been a week since I was retreating on the East coast with fellow quilters. We all brought several projects to work on and I believe everyone accomplished quite a bit. But it wasn't about deadlines for me, I was just there to sew. And eat. My favorite things. Affiliate link alert ahead.

Kathryn, wowed us with a demonstration using Inktense pencils and water soluble pastels. She brought several of her masterpieces, which were so inspiring. Then she let us play with her colors. I think more than a few of us are asking Santa for these sets. 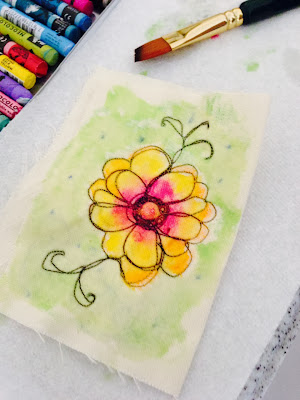 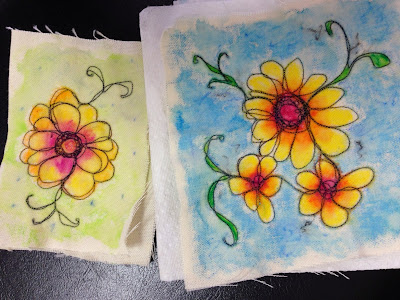 I colored on some flowers that Kathryn had stitched up. She's a master quilter too. Girl has mad skills. 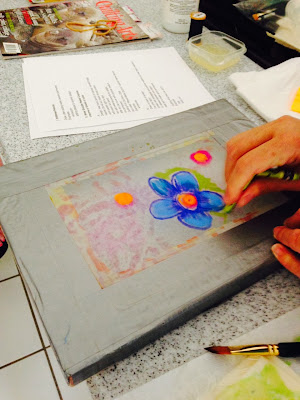 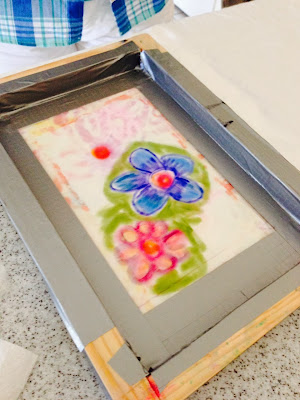 Kathryn also showed us how to use the pastels to create silk screen images. You simply color an image on the screen and use medium to squeegee the image onto fabric. How fun is that? 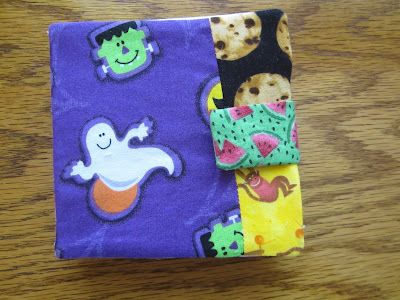 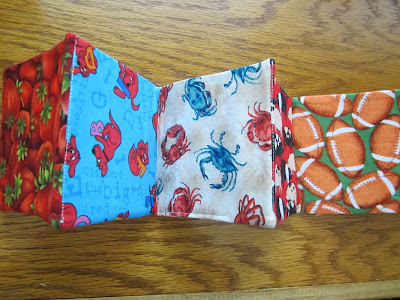 I whipped up another I Spy fabric book for my little cousins. Big sister loves the one I made her, so I made one for her to read to her new brother. He was born on Halloween, so I used some Halloween fabric for the cover. The blue crabs are our family's favorite, and football is big in that family too. 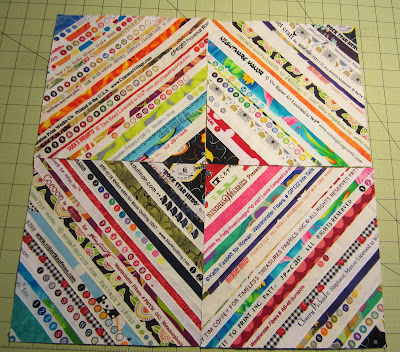 I brought a bag of selvages and sewed them down on muslin. Not sure where these will end up. Somewhere. 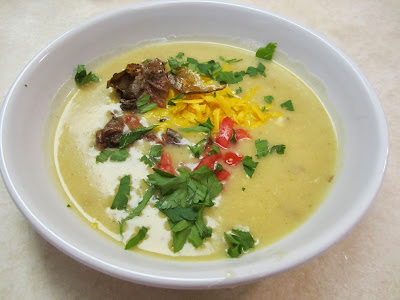 Loaded baked potato soup for dinner last night. I threw some diced tomatoes on as a garnish. I wanted to make a Thai red curry soup, but college boy and the Inspector probably preferred the potato soup. Whatever, it has cheese and bacon in it and I didn't have any cilantro for Thai cooking. I've also been craving beef and barley soup. I could make soup every day.